Marketing has been a must for any business since the beginning of commerce, and sports are no different. Everyone wants to get their brand out to the public and span as far and wide as possible. NBA teams each have their own ways of promoting their brand to keep the crowds rolling into games and memberships as high as possible. Famous players also try to promote themselves to keep the player and the game in the spotlight. Here are some of the ways that the NBA and its top players have promoted themselves.

The NBA itself has been extremely savvy over the years in its promotion of the game and the association. They created the NWBA (National Wheelchair Basketball Association) as well as the WNBA (Women’s National Basketball Association) in 1996, helping to expand the product to a broader audience. They have a massive online presence as well, including the ability to place NBA bets online or look up the latest information about any team, coach, or player. The NBA also latched onto pop culture, by expanding an already big fan base by staying in connection with ex-players such as Michael Jordan and Dennis Rodman who have starred in basketball-related films.

Before Kobe Bryant’s tragic death in January of 2020, he had an incredibly successful career with the LA Lakers and is often listed as one of the greatest players in the history of the NBA. He endorsed many products during his career including shoes, video games, and even airlines. He kept himself in the limelight after his career as a player was over by appearing on TV shows and in commercials but the oddest promotional tactic was a video that appeared in 2017 on ESPN called Musecage. In this video, Bryant talks about finding motivation in young basketball players while talking to a purple puppet called Lil Mamba. Talk about unique.

Michael Jordan, who is usually considered the best NBA player of all time, is another example of successful promotion, although him simply playing the game was self-promotion enough. He is a businessman as well though, and he knew what to endorse to reap maximum exposure for himself and the game. He teamed up with Nike early on and continues to do so to this day, keeping the brand and the sport in the collective mind of the general public. Like a lot of NBA stars, he has appeared in commercials for many different products namely shoes, drinks, food, cars, video games, and films.

By 2015, Lebron James was considered the ‘face of the NBA’ and has been a highly influential figure of the game since then. His appearance on the cover of Vogue magazine in 2008 marks only the third time a man has been on the cover, further promoting to an audience who may not have been previously interested in the sport. Media attention for NBA players has been both good and bad but those with a carefully detailed public relations plan have experienced great success by partnering with the media.

The NBA and the players all have their own ways of promoting themselves by taking advantage of what is popular or what will be popular in the future. Conversely, their endorsements can help build exposure for the products they align with, making it a win-win for everybody involved. 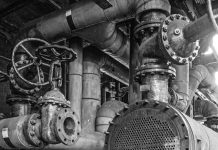 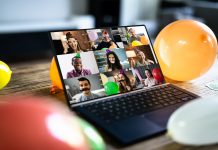